Built around the Thermaltake Core P3 chassis the Silent Phantom is a totally fanless PC that provides the best possible cooling, allowing the air to naturally dissipate without any obstructions due to the chassis open frame design. 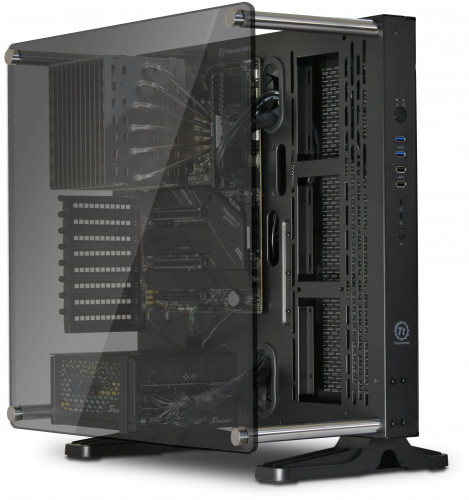 We are proud to offer the Silent Phantom Desktop PC which is a fully-built silent computer system, ready to go that utilises Intel’s latest generation CPUs and a Z390 motherboard. The CPU is silently cooled by either Nofan’s CR-80EH IcePipe processor cooler (up to 80W CPU) or Silverstone’s Heligon HE02-V2 (up to 95W CPU) for no noise, no dust, no moving parts and no maintenance. The machine can be configured to your exact specification and offers, as you would expect, totally silent operation.

Thermaltake’s Core P3 chassis is a open frame design, which is ideal for a totally fanless build as the warm air rises away from the installed components naturally, without a roof potentially restricting this process, resulting in reduced component temperatures (compared to a standard closed chassis). Another benefit is easy access to the installed components, making any additions made to the PC extremely simple to do.

One maybe fooled into thinking that because the Phantom uses an open frame design that dust build up would be a problem. The fact that the PC is totally fanless means the system does not attract dust like a fanned PC. Of course dust will settle on the components but fans are renown for attracting dust hence why they are mainly equipped with dust filters. And of course being an open frame design means cleaning the system would be a very easy task to do.

The only real disadvantage of an open frame design is the fact it does not have any sides, meaning there would be no protection against any liquid spillages. 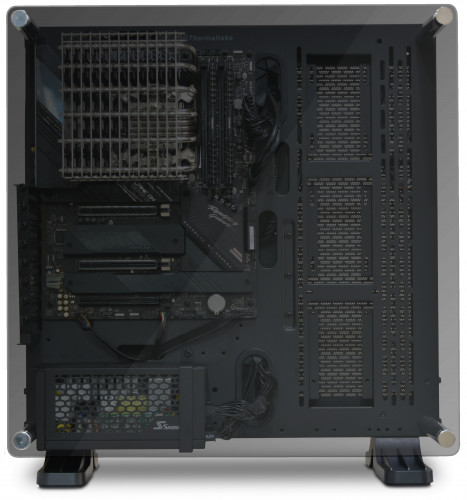 This PC takes advantage of Intel’s latest CPUs, which have broken the mould as they now feature more cores and threads compared to previous generations. The Core i3 now features four cores, the Core i5 six cores, the Core i7 has either six or eight cores and the Core i9 is eight cores, which is a significant increase over the 7th gen processors. As well as an increase in core count, the amount of threads for each CPU has also gone up, meaning more multi-tasking can be achieved. These additional cores and threads really make the Intel’s latest CPUs a great performer. For example, the Core i3 8300 CPU is now equivalent in terms of performance to the 7th Gen Core i5 7600 but costs significantly less - giving you more performance for less money.

We also have available Intel’s cost effective Pentium GOLD 8th Gen CPUs. These CPUs are perfect for cost conscious customers looking for great performance on a budget. They are ideal for a general purpose/office PC as they have two cores and four threads, allowing for reasonable multi-tasking performance.

You’d think there would be a downside to all this extra performance but to be honest we cannot think of any. The CPUs have a maximum Thermal Design Power (TDP) of 95W (K-suffix), 65W (no suffix) and 35W for the low powered (T-suffix) processors. This means they can take advantage of a fanless CPU cooler and be cooled without the need for a fan! Now that is fantastic (pun intended). The below table indicates which CPU cooler must be selected based on the chosen CPU’s TDP. 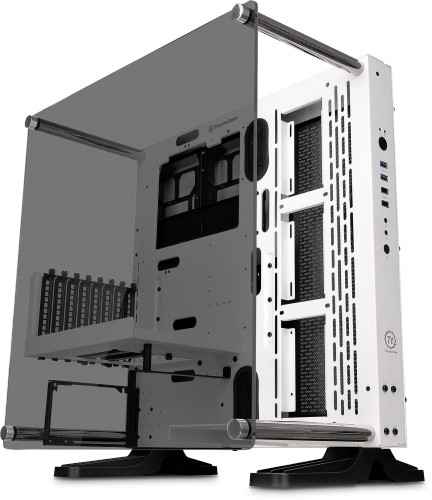 Andy puts the Phantom through its paces!

I choose the Nofan CR-95C heatsink coupled to a 65W CPU, and with office applications, the heatsink is barely warm.

Loaded up the ‘in-game’ at the moment (Fortnite) and with the fanless GTX 1050 Ti card, had most settings maxed out and its playing smooth.

In terms of QuietPC support, they were responsive - I had a query about Windows Activation via email on the weekend, and they responded first thing on Monday.

“Easy to use, good prices and cheap shipping to the US”

“I was very happy with Quiet PC for the reasons in the title. Their collection is easy to search and narrow down, and their prices were actually better than ordering from Amazon on their US counterpart, even with intercontinental shipping.”