Palit’s GTX 1050 StormX brings Nvidia’s Pascal GPUs to the masses, offering excellent value for money and HDMI 2.0 plus much more.

Strictly one per customer 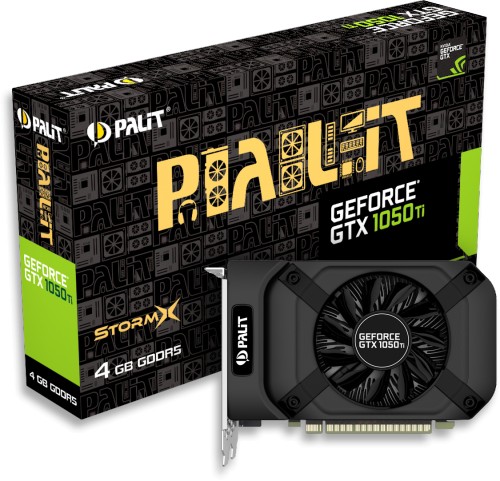 Everyone deserves great gaming. That’s why Nvidia created the fast, powerful GeForce GTX 1050. Now, you can turn your PC into a true gaming rig, powered by NVIDIA Pascal technology, the most advanced GPU architecture ever created. It’s loaded with innovative NVIDIA Game Ready technologies that let every gamer experience the latest titles in their full glory.

Ti or not Ti, that is the question!

We recommend the Ti version if you are looking for a great value graphics card to play games with, as it will give enough grunt to play most games at 1080p whilst maintaining a reasonable frame rate. If gaming is not a main requirement and you are looking for a graphics card that provides HDMI 2.0 allowing you to run 4K resolution at 60Hz then save yourself around £30 as the none-Ti version will be ideal.

Image showing available port for both Ti and non-Ti version